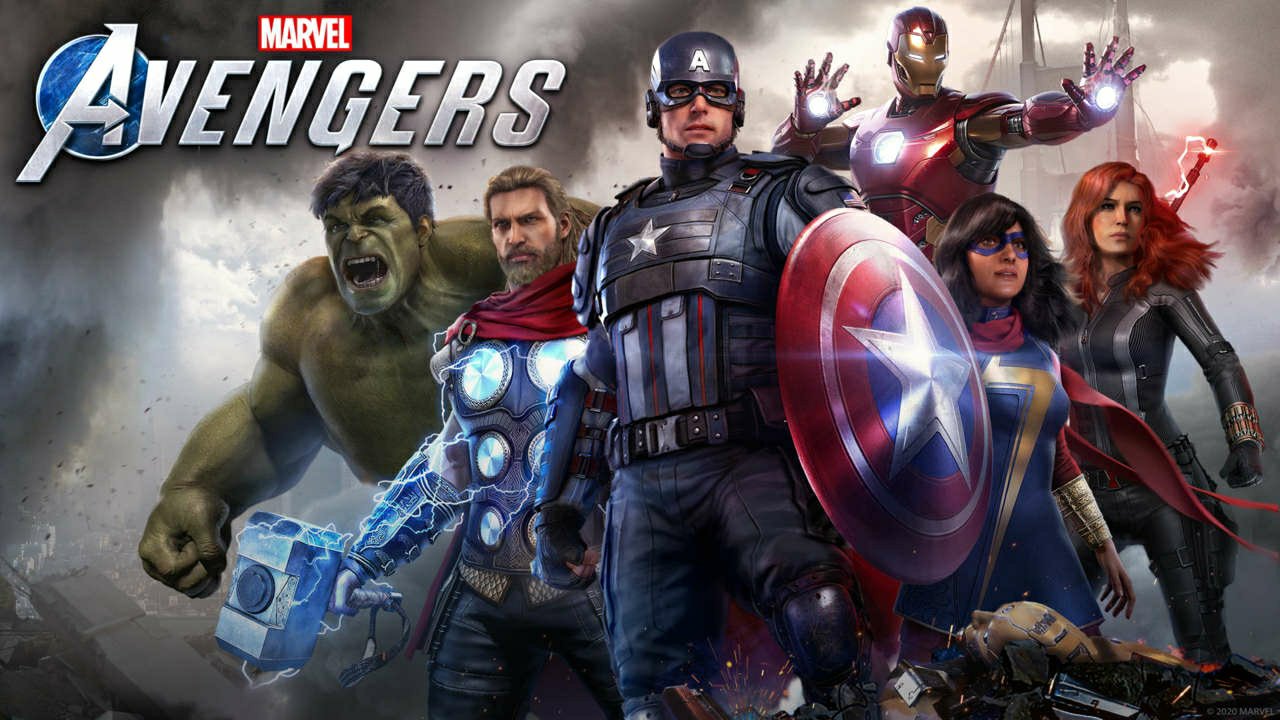 Platform(s) – PlayStation 4, Xbox One, and PC

Thanks to Square Enix for Providing A Beta Code

Before I start my impressions I want to make some things clear. This is not a full review of Marvel’s Avengers and these impressions will not be scored. Many of my criticisms over the next couple of minutes may be null and void when the full game comes out on September 4th. I’m giving my opinion on what I’ve seen and played and am fully aware that things may change before the full release. Also, note that I will be discussing some spoilers from my experience in the Closed Beta. Now without further ado, let’s talk about the Beta of Marvel’s Avengers.

The Beta starts off with The Avengers preserving an attack on the Golden Gate Bridge. Crystal Dynamics knew they needed to start this Beta off with a bang and they did just that and then some. This opening sequence was something that I enjoyed thoroughly because the player was given the opportunity to play each Avenger for a couple of minutes before moving to the next. It kept things moving at a rapid pace and this was obviously placed at the very beginning of the Beta to entice people for what’s to come later when the full game releases.

The attack on the Golden Gate Bridge was known from that day forward as A-Day. A Terrigen Mist was released to the public and activated Inhuman genes to everyone exposed to it including our 6th avenger, Kamala Khan. Following these events, The Avengers disband and go their separate ways. Sometime after the disbanding, Bruce Banner and Kamala Khan meet up and begin their search for the Avengers starting with Tony Stark/Iron Man. I must note that it has been confirmed that there’s a time gap between A-Day and Bruce & Kamala meeting up. There are certain cinematics and sequences not in this Beta that will probably make certain plot holes make sense in the full release.

That’s the story that we’ve seen from the Beta so far and I must say that I enjoyed it for how little was shown. Most of that is as a result of the Marvelous (pun intended) opening and the mystery that came with unpacking the events that happened prior and learning about the Avenger’s lives after A-Day. It’s doesn’t seem like this will be a deep narrative although that doesn’t bother me at all in the case of this game. In short, from the limited amount I saw, the narrative is something that I feel has great potential.

The most important thing next to a story is the gameplay and that was something I really anticipating before playing this Beta. First off I’d like to say that Crystal Dynamics did a fantastic job making each Avenger feel different when playing, that was something that needed to be done correctly. In this Beta, you can play as Iron Man, Black Widow, Hulk, and Kamala Khan and I’ll give small feelings on the gameplay of each character.

I did play as Captain America and Thor briefly in the opening sequence on the Golden Gate Bridge but I didn’t play enough of either of them to give a lengthier opinion. All I’ll say is Thor feels very clunky although I probably just need to play more of him as I did with Iron Man. Captain America seems like he could pass Black Widow as my favorite character to play but I need to play more in the final game to solidify that theory.

For how fun the gameplay is, it definitely has its criticisms. The clunkiness is very prominent and I think that’s something I’m gonna have to get used to. I don’t see the clunkiness of combat being changed under a month before release but I hope I’m wrong. I hope the enemy types are more varied in the final game as well, I don’t want to get a feeling of repetitiveness with this game that I feel could happen if the combat and enemy types aren’t varied over time. One mistake that Marvel’s Avengers makes that Spider-Man PS4 made as well is jumbling too many enemies on the screen at once that it makes it difficult to actually combat and instead all you’re doing for a majority of the battle is pressing dodge.

Performance and Technical issues weren’t too prominent although they were still there. I had very frequent glitches throughout the game, at one point I was in the HARM room and an enemy was literally stuck floating in the air and couldn’t be attacked. Frame rate drops were extremely prevalent in this Beta. It happens in battle more frequently than it should and I hope Crystal Dynamics is able to fix it before it’s too late. Marvel’s Avengers needs to be more polished by September because my fear is that my overall experience will be affected if these issues are still there coming full release in a couple of weeks.

The upgrades, skill tree, and cosmetics are a mixed bag for me altogether. I didn’t think too much about the skill tree, it’s as ordinary as you’ve seen in most other games. Cosmetics are fine, you can’t customize The Avengers too in-depth though, you can only change their outfit. The upgrades feel like they moderately affect the gameplay, I just wish the upgrades menu wasn’t such a jumbled mess. I feel like the menu layout could’ve been done much better in general, maybe it’s because I didn’t have enough time with the menu format as a whole but my immediate reaction to the menu was “this is cluttered”. Not to mention, the loot game is extremely confusing and seems a bit pointless to me because when I’m in battle I don’t feel much if any difference at all in my combat experience.

Marvel’s Avengers has multiplayer and that’s been known for a while as I think Square Enix wants this game to be played for a while by fans. The only problem with the multiplayer in this Beta is that it simply never worked. I tried multiple times to enable matchmaking and each time to no-fail I would get the “unable to join server” message on my screen. Seeing as this was a Closed Beta, I can only imagine how the severs will look on the Open Beta’s over the next couple of weekends. I desperately wanted to play with other people but each time I tried I was forced to go into the game with AI or alone. I hope the server issues are ironed out for the September release because this could potentially turn off a lot of people if they aren’t fixed by release day and I would hate for that to happen to a game that I think has tons of potential.

There are multiplayer missions called War Zones and Drop Zones and this is something I hope is expanded on substantially. The goal of most of the missions I played was pretty mundane, it was either get to this area and destroy servers or stand on platforms so Jarvis can gain access to servers. I personally expected dynamic missions with mini storylines and maybe I shouldn’t have expected that but I still feel these missions should be more engaging and the tasks should be more unique than they are. It’s clear that Marvel’s Avengers is supposed to be played for at least a couple of years to come so I hope the distinctive multiplayer missions are there for the full release because the ones in the Beta felt one dimensional.

It’s not a big deal but I love the addition of the HARM Room (Holographic Augmented Reality Machine) where you can practice character abilities. The waves were something that had me frustrated with how hard it was to advance but I was recognizing that I was getting better and understanding how certain enemy types acted and how to combat them.

Marvel Avengers definitely has the ability to be another successful Marvel game like Spider-Man PS4 was, the trending sales indicate that it will. I said in the beginning that the positive outweighs the negative in terms of what I’ve played so far. The story so far was a joy for me, gameplay while clunky was still fun and they successfully made each character feel distinct to play as. Most of my criticisms go to the menu set-up, the impression I got from the monotonous design of the multiplayer missions, the pointless loot game, and a couple of performance and technical issues. I’m definitely interested to see where this game goes after launch and where the story goes. So I guess the Marvel’s Avengers Beta did its job, it piqued my interest, but there’s still tons of room for improvement. I’ll definitely be giving my thoughts on the full release sometime in September, so look for that when the time comes.