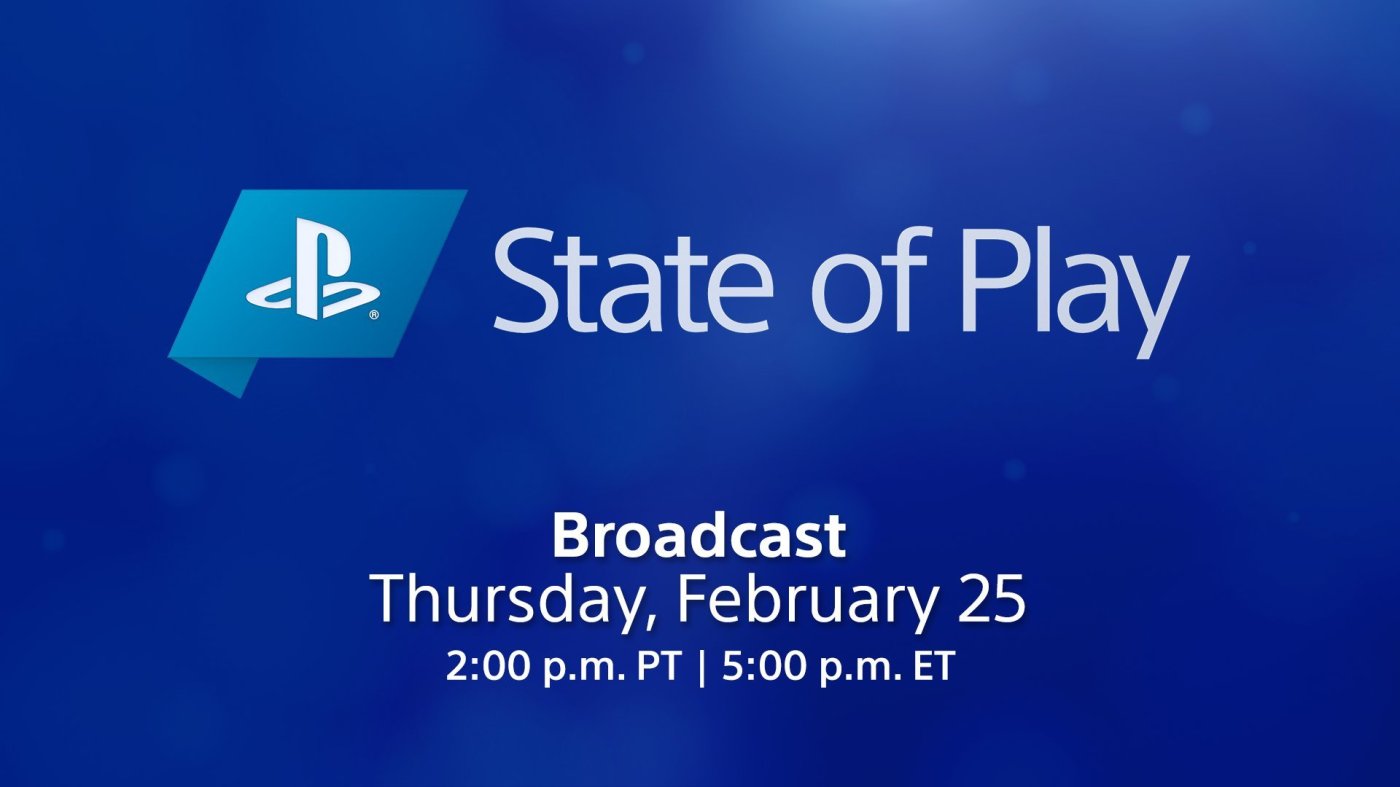 Today has been a multitude of announcements from PlayStation, and we aren’t done yet. Sony has officially announced that a State of Play showcase will premiere this Thursday, February 25 at 2:00 pm PT/5:00 pm ET.

State of Play returns this Thursday! Tune in live at 2 PM PT/5 PM ET to see updates and deep dives for games coming to PS4 and PS5.

In a PlayStation Blog post, Senior Director of SIE Content Communications, Sid Shuman announced that the showcase will show 10 games coming to PS4 and PS5. We’ll see some newly announced games and updates on games we’ve already seen at the PS5 reveal event last June. The showcase will clock in at 30 minutes and will feature no new news on hardware or business within PlayStation.

The State of Play will be showcased live on YouTube and Twitch.