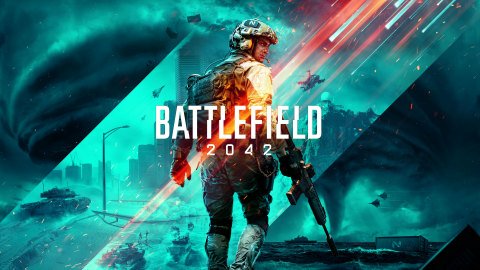 Battlefield 2042 has been the subject of interest for a while now. The reveal of the next Battlefield has long been anticipated and it has finally come. It’s safe to say that there’s a whole lot to break down.

Battlefield 2042 is set for release on October 22, 2021. The game will release on PlayStation 5, PlayStation 4, Xbox Series X|S, Xbox One, & PC. Along with the announcement came a 5-minute reveal trailer that you can view below.

In a press release from EA, more detail was given on various modes for Battlefield 2042. All-Out Warfare will feature 128 players for the latest generation of consoles (PS5 & Xbox Series X|S) and PC. Last generation hardware (PS4 & Xbox One) will be reduced to 64 players. The mode is described as “large-scale battles like never before on maps filled with dynamic weather, dangerous environmental hazards, and spectacular world events that see tornadoes rip across the map and sandstorms block out the sun.” The second mode is a squad-based game type called Hazard Zone completely distinct from All-Out Warfare. The third mode has yet to be announced but it will be at EA Play Live on July 22nd.

It’s been confirmed that we’ll see gameplay for Battlefield 2042 at the Xbox & Bethesda Games Showcase this Sunday, June 13th. The length and extent of what will be shown are unknown at this point. What do you hope to see from the gameplay reveal?